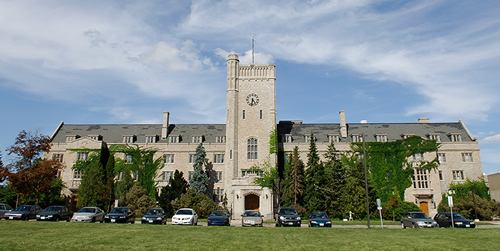 Johnston Hall, known for its green ivy and iconic clock tower,  is located in the center of campus. Commonly known as "the castle," Johnston is home to approximately 350 students throughout the academic year. When participating in special events, we Johnstonites can be seen wearing green, black, and gold. Our mascot is John Stone the Dragon, but each year gets to pick a "nickname" for the mascot .